This post is part of the FEIST 2011 New Year welcoming. Why not read the introduction first?

Over the last few months we have been working mainly on aspects that allow us to enhance the game experience and intensify the narrative dimension of the game without losing its experimental and playful nature. Really? Yes. No joking? Nope. But… Hey, come on, just read on! ok… 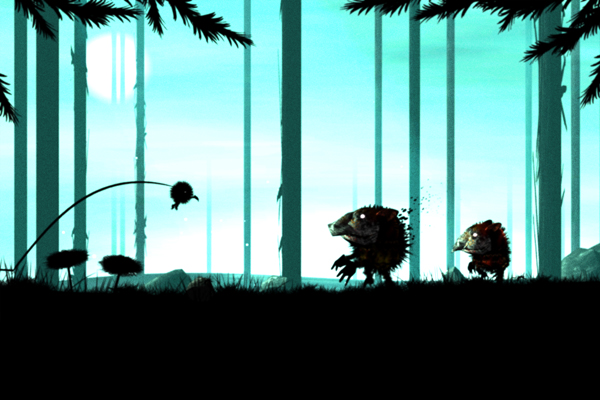 As you hopefully have read in the previous post, FEIST is at a point where it is being shown at various exhibitions. The version people can play there is not the final one. It’s actually some kind of a demo, that is optimized for the special context of use that comes a long with an exhibition.

The exhibition version has a short but intense playing time and gives the visitor the possibility to pick up the game at any point without getting lost. Therefore each level of the exhibition version is designed as an open playground, containing various game elements in a dense yet some what unstructured way.

We love this experimental openness and one of the crucial aspects of FEIST is doubtless its playful nature. We believe however that the true potential of FEIST lies in its combination of a dynamic and open game play and a narrative dramaturgy.

To give you an example: The Game is completely based on a physics simulation, but it should not feel like an abstract physics riddle game, of course not! – on the contrary, it should feel like a living graphic novel, where you truly empathize with its inhabitants. Therefore we describe FEIST sometimes as a “Narrative Toy”.

We think the exhibition version which only has very basic narrative elements works already quite well. We always love to watch people enjoying the game and the 2nd place in the Audience Award at Fantastic Arcade…wow! But hey, we believe there is still more in it. Much more!

So we took our time and over the last few months we have been working mainly on aspects that allow us to enhance the game experience and intensify the narrative dimension of the game without losing its experimental and playful nature: reshaping the levels, creating more striking and memorable places, increasing the variety in the setting and elements, staging the objects and especially the creatures with more dramaturgic finesse and so on…

This process is still going on. So we’d like to feature some of these in more detail when they’ve progressed further but for now just some sneak peeks at what we’ve been working on. 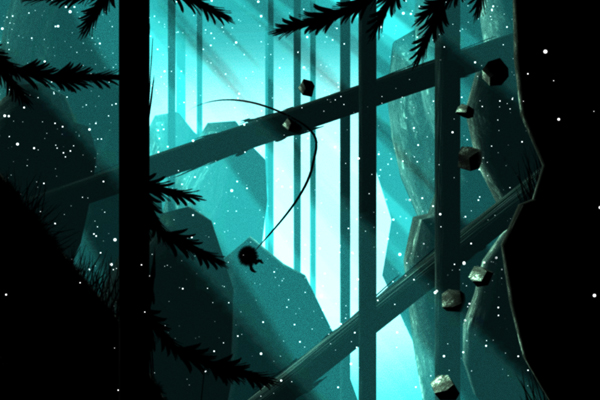 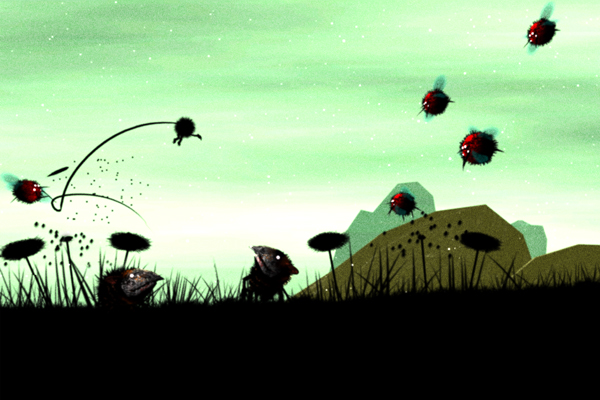 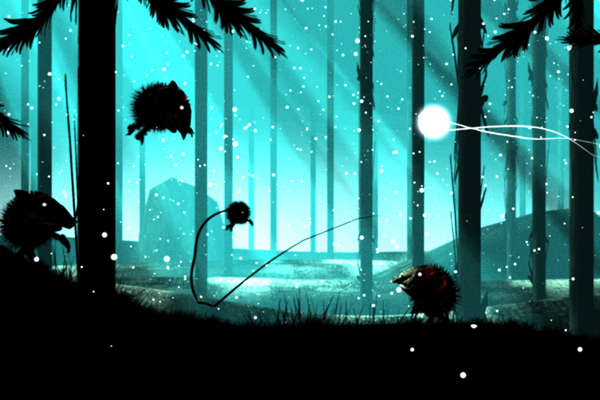 8 Responses to “Work in Progress”